The COVID-19 theatre webinar series organized by Nandanik concluded with the last lecture titled, Improvised Space, Improvised Theatre, being delivered by Bansi Kaul, eminent theatre director & designer of India. The talk was in the form of a dialogue with Subodh Patnaik, director of Natyachetana, Bhubaneswar. 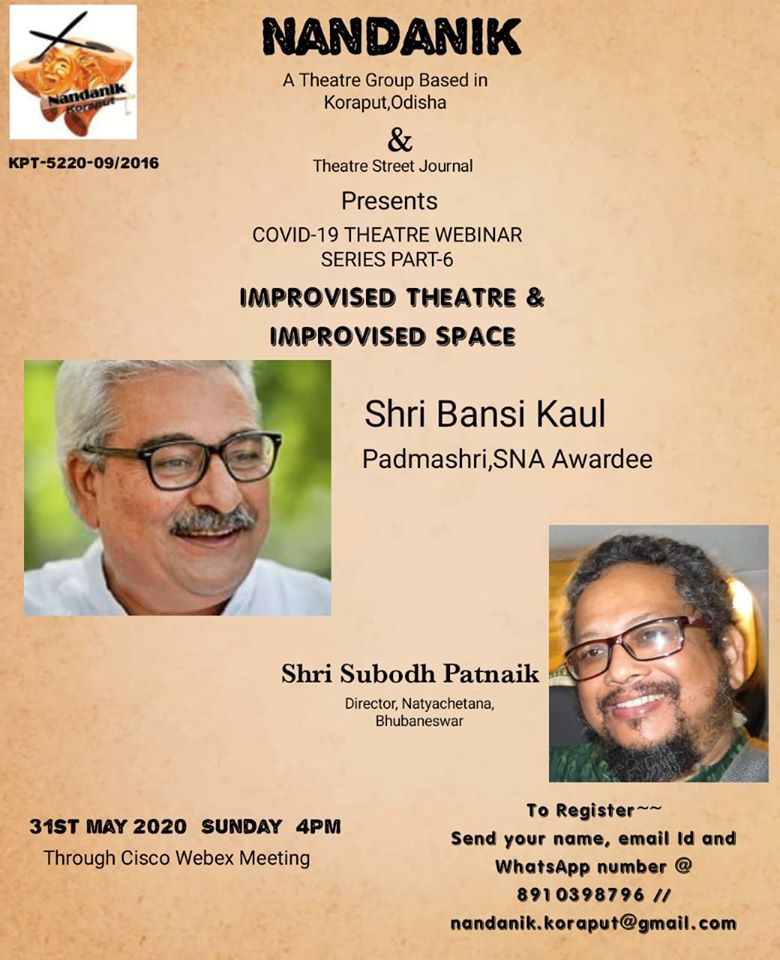 The panel of speakers in the webinar series of six lectures featured eminent theatre practitioners like Shri Subodh Patnaik, Shri Probir Guha, Professor Satyabrata Rout, Shri Debesh Chattopadhyay, Dr. Anjana Puri, Shri Subhadip Guha and Shri Bansi Kaul. In all 204 participants from all over India, Bangladesh and Sri Lanka registered and attended the webinar series which was held on every Sunday of May 2020 and one on Eid.

Kaul, an alumnus of NSD, recipient of prestigious awards like SNA and Padmashri, explained that becoming a child is the other name for improvisation. Activities like playing a game, creating something new by which we adapt to uncertainty lead us to the multiple meaning of improvisation. In post COVID-19 phase, he opined that theatre has to be flexible and not bogged down by dictum of defined space, rather befriend the undefined space and get out of the spider web by effective use of space & content.

He explained how a performer can interpret a parallel narrative through improvisation. He stressed that an artiste should allow his brain to go through a travelogue into the lives of others to draw elements of improvisations. He expressed hope that in the troubled times of post-Covid scenario, the theatre of India due to its intrinsic improvising ability will prevail over. He also mentioned about site specific theatre, installations, indigenous purpose and emphasized that theatre research should focus on references of Indian traditions and works rather than western references.

He said that like a Vidushak we can overcome difficult situations through laughter and we should arouse the child within us. He mentioned about Bhopal Gas Tragedy in this context. He concluded by saying that theatre should explore new space like the circus artist plays in the top, find a way of engaging with distressed people and bring back some joy to them. 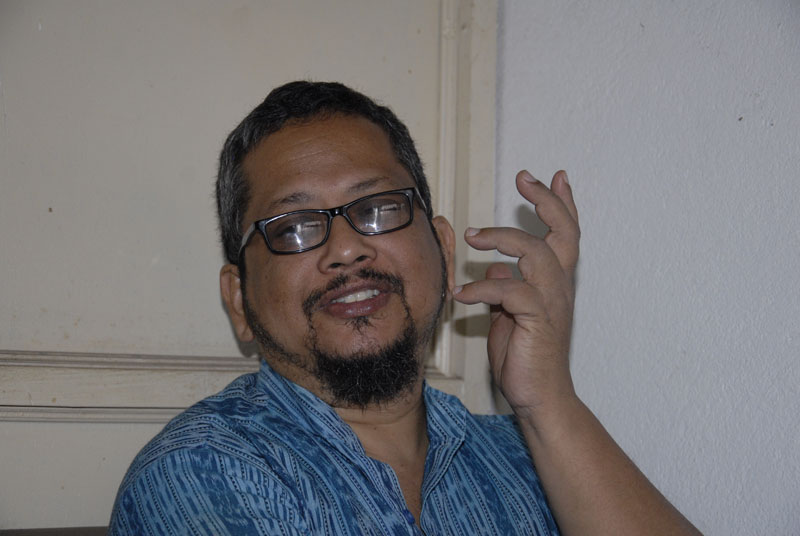 Subodh Patnaik shared examples of spaces being improvised in Odisha for theatre including the Kansa natak or Dhanu Jatra of western Odisha, Prahlad Nataka of Ganjam and mentioned about the third theatre of Badal Sircar. He mentioned the journey of Shri Chaitanya from Nadia to Puri in the context of engagement with distressed people.

Ajit Das, eminent theatre director & NSDian from Odisha, Dr Mangesh Bansod, theatre academic from Mumbai, Partha Chaudhury and Arijit Roy, theatre artists from West Bengal among others shared valuable inputs. “The webinar series started as an effort to create a dialogue between theatre workers across the globe during the troubled covid period as we remained confined. We are lucky that we have been able to create extremely valuable literature through lectures of eminent practitioners of the country. Not only will we upload the lectures in web, but we are also planning to publish them as well”, said Sourav Gupta, director of Nandanik. 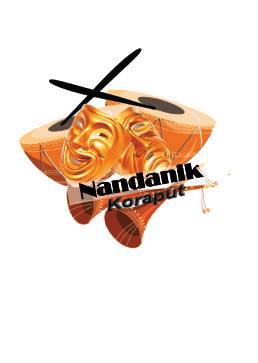 “The COVID-19 webinars have provided us a rich repertoire of knowledge on theatre, we are enriched as well as refreshed from mental depression, it acts as a therapy for theatre workers. I am happy that through the webinar series Nandanik has brought the entire theatre community of India and abroad together. We have organized lectures on varied subjects like space, alternative theatre, scenography, music & voice and improvisation by the stalwart speakers” said, Monideepa Gupta, Secretary of Nandanik.