With the COVID19 being China’s greatest contribution to the world in this post-modern age, during last four months it is becoming clear that humanity has entered a time of great paradox. Roget’s International Thesaurus gives a long list of synonyms for paradox: inconsistency, incongruity, incoherence, incompatibility, disproportion, self-contradictory, etc. 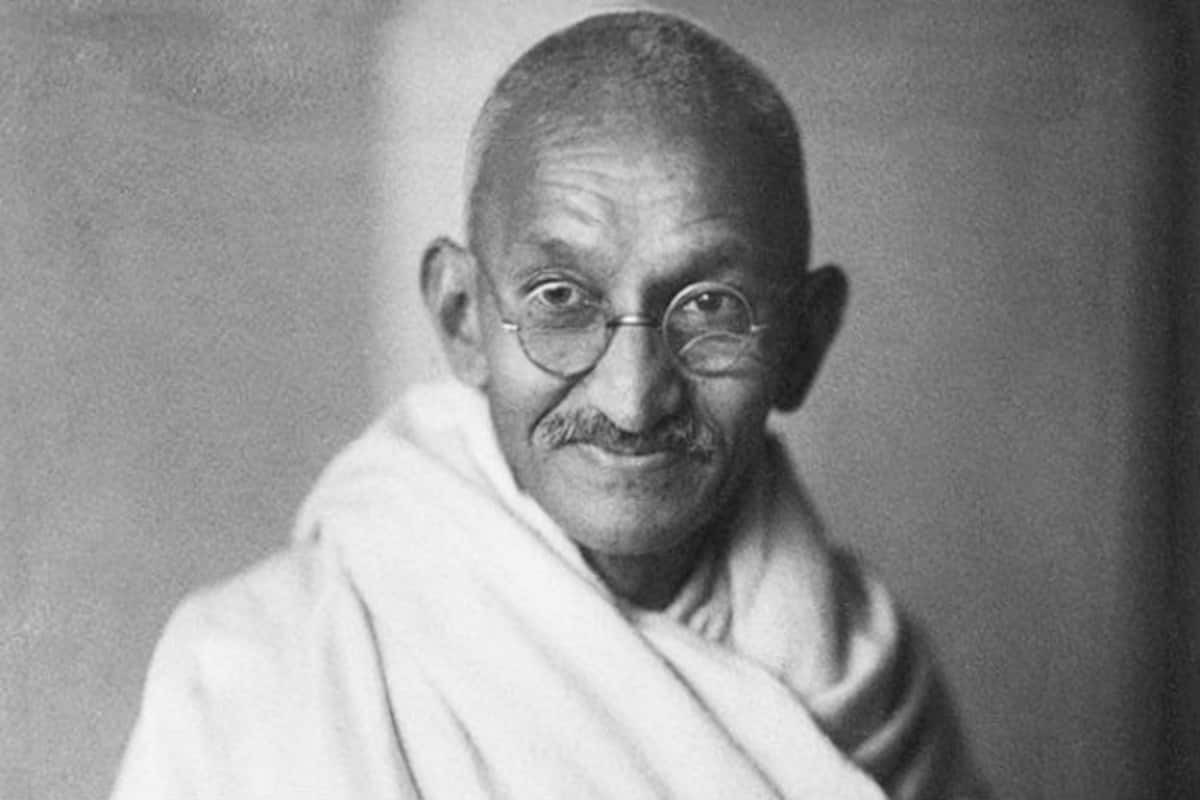 The migrant laborers of India as if they were awaiting the May Day of 2020 to begin to express their plights although it was already forty days since our Prime Minister had declared total lockdown of India giving the Indians four hours time to get prepared.

And as the sorry and desperate plight of countless laborers from every city, nook, and corner of India were being reported, on May 12th our Prime Minister came forth with his great declaration that the time has come for ‘Real Swaraj’ complete self-reliance of Indians or with a slight change in Hindi wordings ‘Atmanirbhar Bharat’. 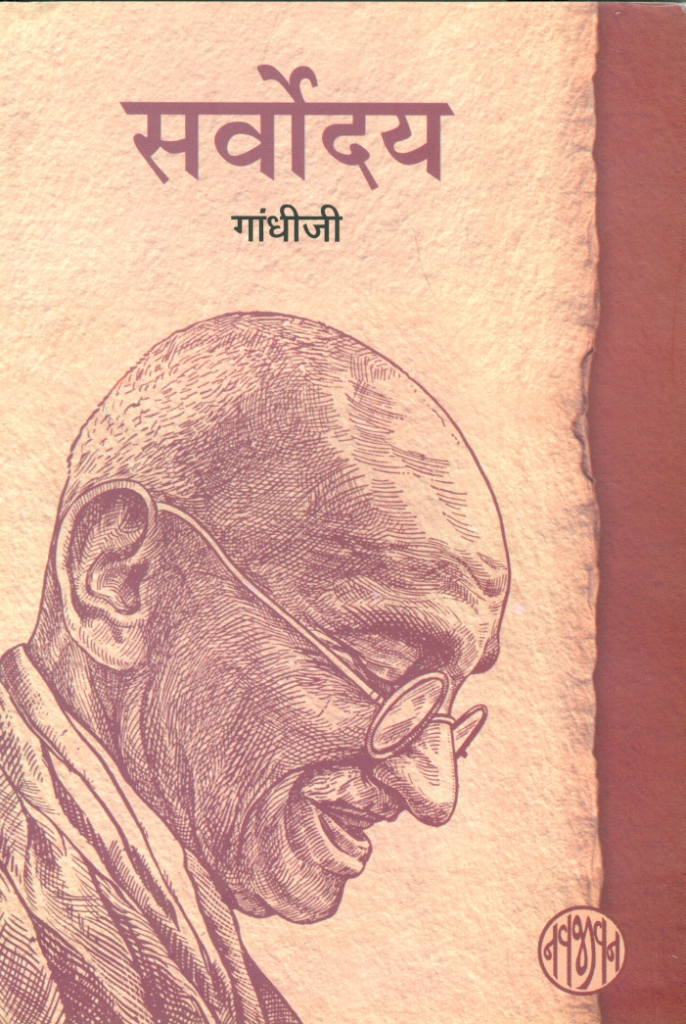 Around the same time the Chief Minister of Odisha bestowed certain powers of the District Collector to the Sarpanchs of 6798 Panchayats as they were going to manage more than five Lakh Covid-19 Isolation Centers. It is true that as political units Panchayats have gained great importance during the last twenty five years and also they handle a great many schemes like never before. But are they sincere enough and also equipped enough to deal with such an unexpected and grave responsibility? For with the outbreak of the pandemic we have come to realize that none of the Panchayats has any information, even of the number of the migrants.

Is there a Way to Count their Weighed-down Heads?

On 9th May, Mr. Subroto Bagchi, the Spokes Person for Odisha State on Corona Virus in a Press Meet at the Gita Govinda Sadan stated that India is a country of migrant laborers. Not less than 20 crores of migrant laborers are being stuck in various parts of the country, and of them 92% are unorganized laborers. He also revealed that out of 100 families, 16 go out of the state in search of wage labor. But, as it seems, he was silent about the number of migrant laborers of Odisha waiting anxiously to return back home. 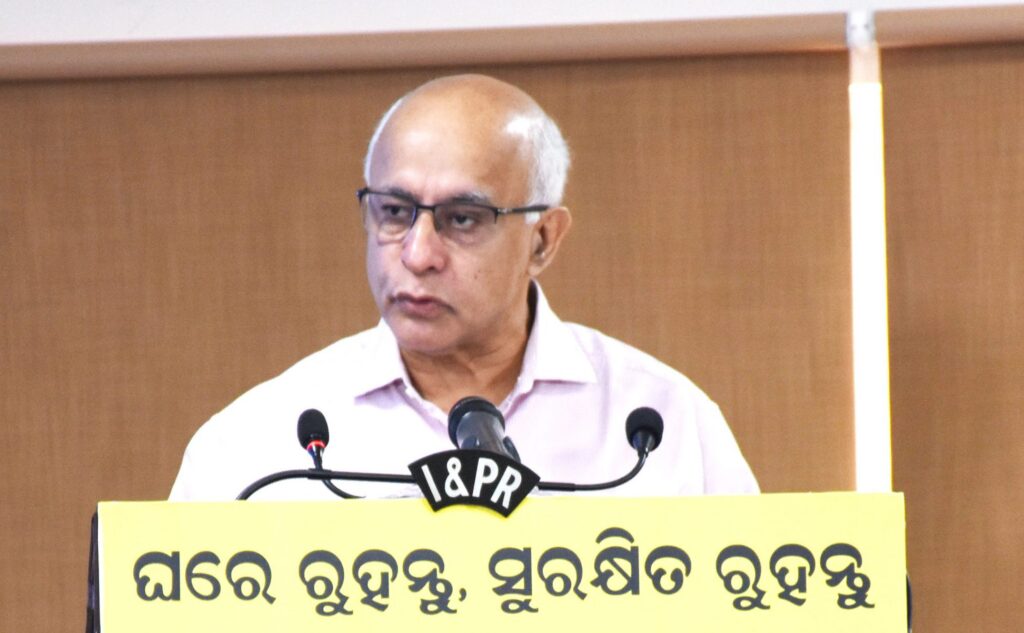 Does truth always come back to us only as paradoxes! Probably there was a need for this outbreak of the Corona virus pandemic to make us question the very basis of the modes and methods of development we have adopted. With 20 crores of unorganized migrant laborers what kind of economy and what kind of society we were talking about really?

Memories of Mahatma – are they still alive among us?

Does all this bring back to us the memory of Gandhi and how he got killed because he was too audacious to continue to insist upon the non-violent self-reliant lifestyle based upon the village economy and Panchayatiraj System? It has been exactly one hundred years when the concept of self-reliant society was not only deeply thought out and clearly formulated, but also a generation had begun to prepare itself to work for its realization at the cost of their lives. 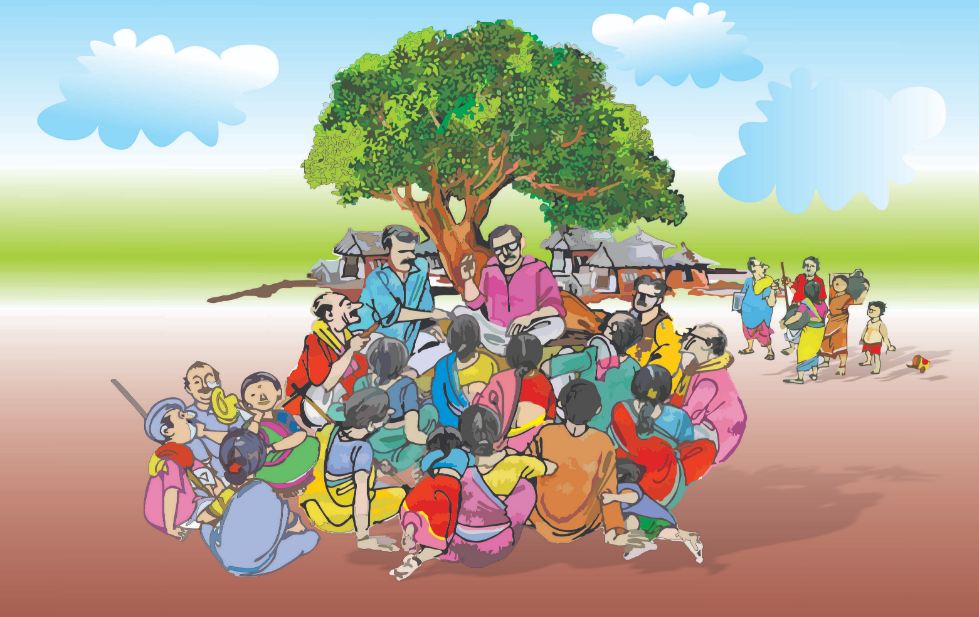 In 1918 when the peasants of Bihar were struggling against the taxation system of the British Raj, Gandhi had told them that, although simultaneously, but first we must struggle to win self-management. If the economy is based on a system of production and consumption of self-sufficiency, then the social and political system will be spontaneously built from the base to the top.

Gandhi’s vision of self- sufficiency was of local kind. Swadeshi for him, literally meaning ‘one’s own locality’, that was using those products which came from one’s own immediate surroundings and one’s own culture. 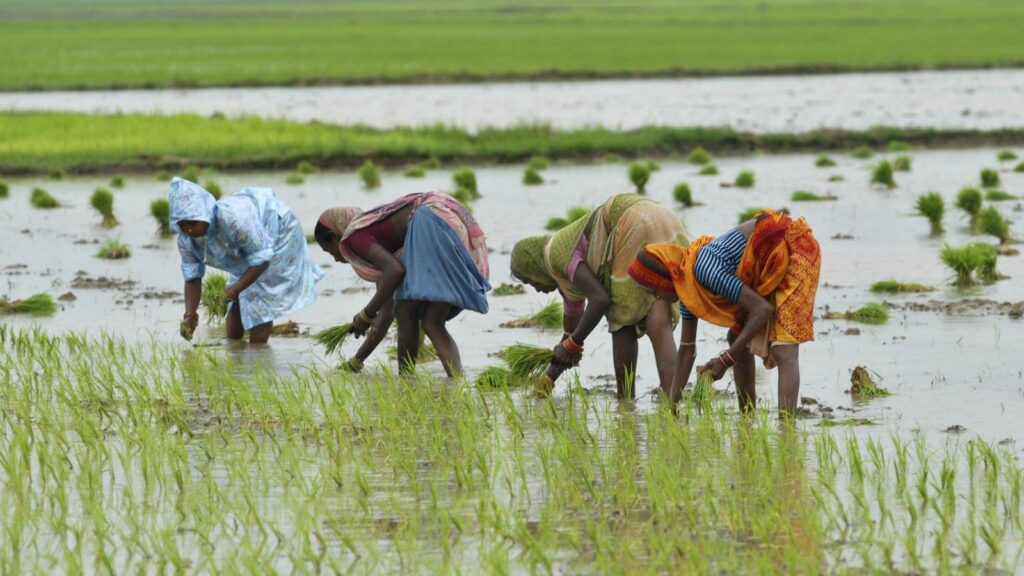 The famous ‘constructive movement’ which sought to realize his economics and social ideas was aptly named as ‘Sarvodaya’, meaning ‘the rise of all’. Gandhi had left his first camp (if cannot be called Ashram) in the village of Kochrab in Gujrat and initiated the Sabarmati Ashram on the outskirts of Ahmedabad in 1915 as his response to the miseries of the plague that had hit the mill workers.

The Sabarmati Ashram served as the training home for both the Satyagrhies for political activities and Sarvodaya  Karmies as the workers for Constructive Movement. Gandhi had carefully spelled out the various aspects of the Constructive Program and he had all through remained open to bring in any new aspect stemmed from the direct experience of the workers. 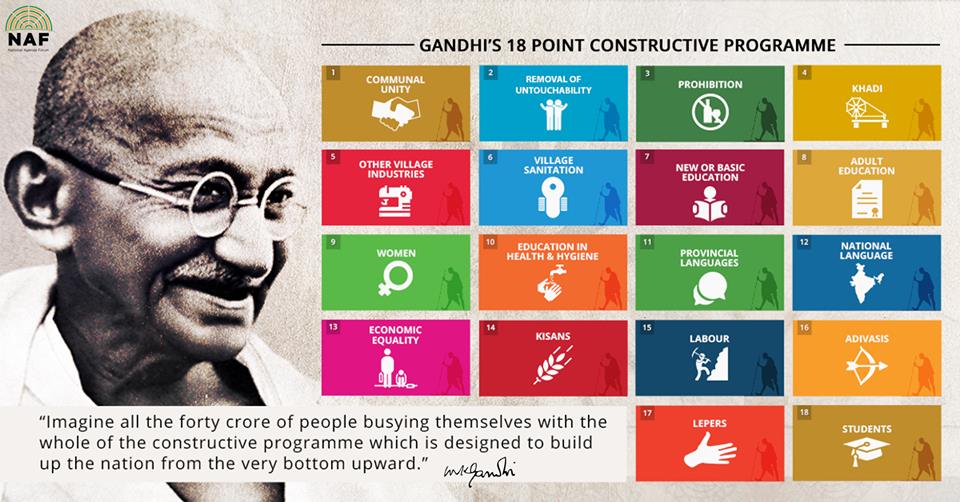 The Constructive Program had eighteen major aspects: the building of communal unity, the removal of untouchability, the adoption of a new (craft centered) basic education, universal adult education, working with the students and equipping them with mental, moral and physical strength, equality of status and opportunity for women, education on health and hygiene, organizing the peasants and protection of their rights, the promotion of village industries, the propagation of khadi, improvement in village housing and sanitation, organizing industrial labour on the basis of truth and non-violence, working towards economic equality, welfare of tribal people and protection of their rights, the preservation and enrichment of provincial languages, adaptation of Hindustani as the national language, etc. 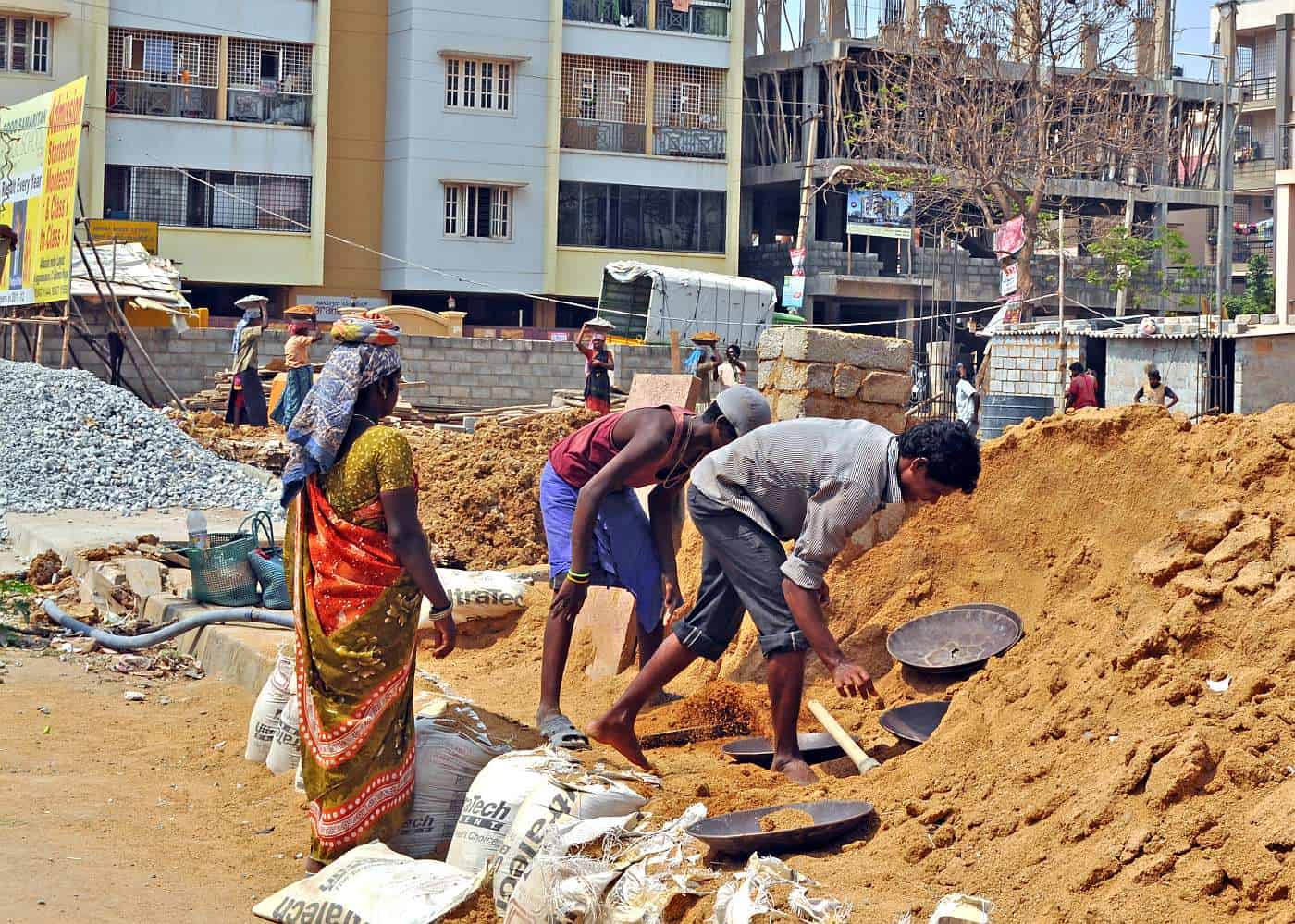 It was said and subsequently made into propaganda that, Gandhi seemingly fell subject to the myth of the self-sufficient Indian village. Such accusations were possible because for Gandhi, the moral transformation had always preceded the economic improvements, and he continued to insist – “The farmer needs to know that his first business is to grow for his own needs”, and that is the way he can liberate himself from the uncertainties and fluctuating demands of the distant market.

For him Khadi was synonymous with self-reliance – “It means a wholesale Swadeshi mentality, a determination to find all the necessities of life in India and that too through the labour and intellect of the villegers.” But his constant and direct interactions with the villagers of India “living in 700,000 villages” kept him awake to the fact that the Indian social and economic life has been predominantly rural.

And while his critics were jeering at him for his habit of over simplification, Gandhi was well aware of the difficulties and believed that before the mass accept the remedies the self-conscious educated individuals would come forth and bring it to practice. He believed in the concept of “willing submission to social restraint for the sake of the well being of the whole society enriches the individual and the society of which one is a member.”

Independent India and the Modernist Mindset

In 1945, when Independence of India was becoming more and more a sure thing, answering certain queries of Jawaharlal Nehru he had clearly explained that there should  be equality between the town-dwellers and villagers in the standard of food and drink and clothing and other living conditions. This will be possible, if people are to produce all the requirements of their own life and is the only way to stop the age old sick human behavior of riding on another’s back. But to fulfill such an ideal the unit of the society must remain limited to the concept of village or call it manageable small group of people, self-sufficient and bound together in bonds of mutual co-operation and interdependence.

But soon after the Independence of India our first Prime Minister Jawaharlal Nehru declared and went on declaring that the big dams and mammoth factories are the new temples of free India. He proudly wanted to maintain the Soviet myth that Russia with its Five Year Plans was being transformed, “by a series of giant strokes, the most backward into the most advanced country of Europe.” And of course by that time Chairman Mao Tse Tung’s great declaration of “War on Nature” was establishing in the eyes of the world a new China of formidable power.

India in a Fast-forward mode!

Thus, the legendary economist J. C. Kumarappa who had been following the practical-utopia of Gandhian economy and working diligently to establish it scientifically and academically was compelled to resign from the working body of the First Five Year Plan of India. So, now leaving behind the Gandhian Constructive Workers and Sarvodaya and Bhoodan Karmies to reap their own karmic results, in a fast-forward mode we should reach the era of the Free Market Economy, to the time of Rajiv Gandhi and the subsequent Congress Governments.

The Twenty Crore migrant laborers, who by a fluke of destiny and for a wrong reason, are in the news today who might have began to slip out of their villages to distant places from that time onwards. But when Prime Minister Modi began to propagate his great ‘Make in India’ formula for making India a great industrial power in the world in which way he was different from his predecessors! Was he even remotely aware of the secret and unhealthy presence of these uncountable emigrant laborers?

In fact who are these desperately home bound migrant laborers? In Odisha, are they not the husbands and fathers and sons of the village women who have formed the SHGs in a great number under the banner of Mission Shakti? And today, where are those innumerable NGOs working in the ‘rural sector’? Do they have any inkling of who these multitudes of migrants are, and when and why they had left their homes!

What new truth, which paradox now?

It seems a great truth is now waiting for us to surface from our villages as the home bound migrant laborers reach their homes with the only option and intention of engaging themselves in agriculture activities.

(The author is a Poet, Spiritualist and Development Personnel)