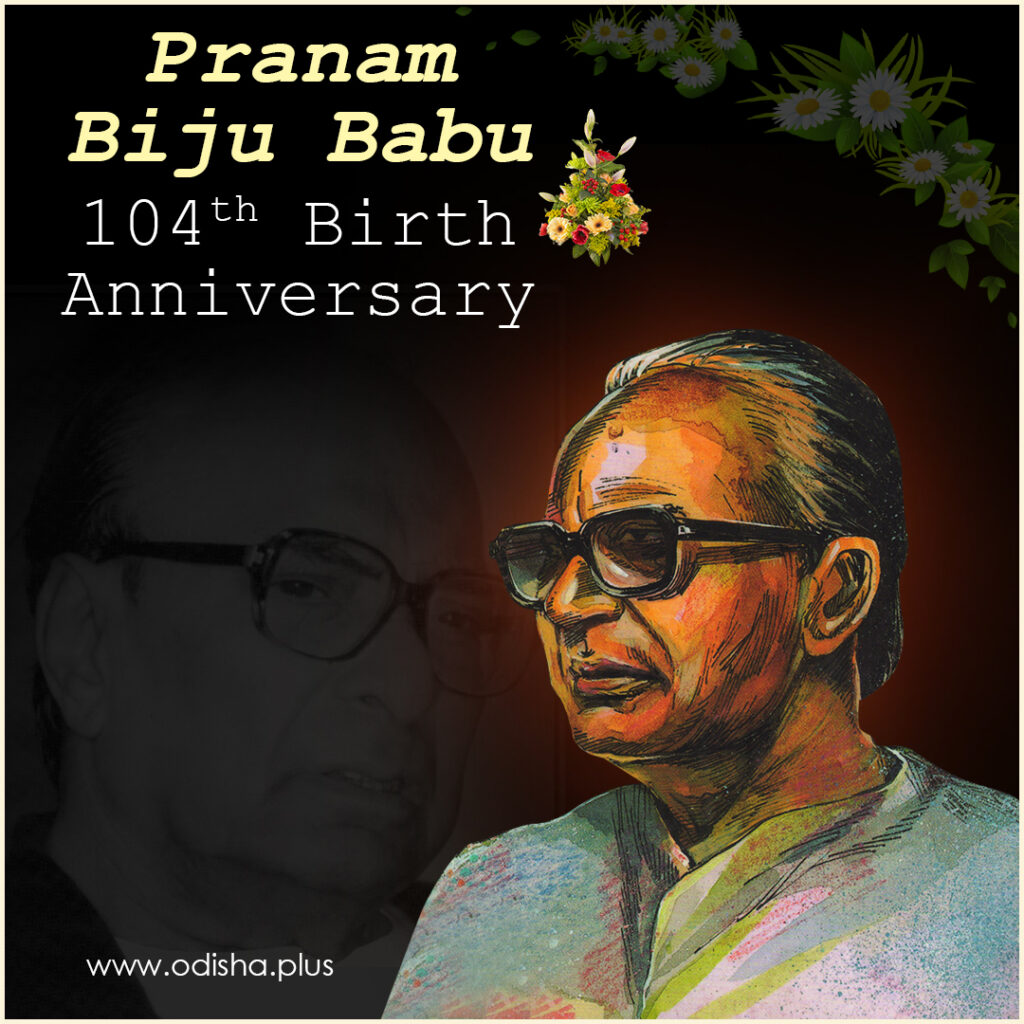 I met Biju Babu for the first time at Wellington Hospital, New Delhi (now Ram Manohar Lohia Hospital) in 1967, when he came to inquire about Dr.Lohia’s health who was seriously ill, almost in a stage  of coma. He subsequently died. It was almost his daily routine to come and see Dr. Lohia in the hospital. He would be there for the entire day talking to hundreds of workers who came from different parts of the country to see him. I was really touched by his humane and affectionate feelings towards Dr.Lohia. Those who were familiar with the history of the “Quit India Movement” of 1942 launched by Mahatma Gandhi were well aware of the fact that Biju Babu along with Dr. Lohia, Jayaprakash Narayan, Aruna Asaf Ali and Achut Patwardhan kept the flag of 1942 movement flying after Gandhiji’s arrest. Biju Babu was a young pilot then. He was courageous enough to make the supreme sacrifice by actively responding to the clarion call of “Do or Die” of Mahatma Gandhi. He was arrested and put behind the bars along with other leaders.

Biju Babu joined Congress after he returned from the jail. Jayaprakash Narayan and Dr. Lohia who were heroes of the 1942 movement founded the Socialist party. The Socialist party and the Congress were ideologically poles apart. I had been in the Socialist Party from my student days. Hence it was but natural that I had no political relationship with Biju Babu till he severed his relationship with the Congress party in 1971 and formed a state party in Orissa, “Utkal Congress”. He then did not look back and never joined the Congress till the end of his life. 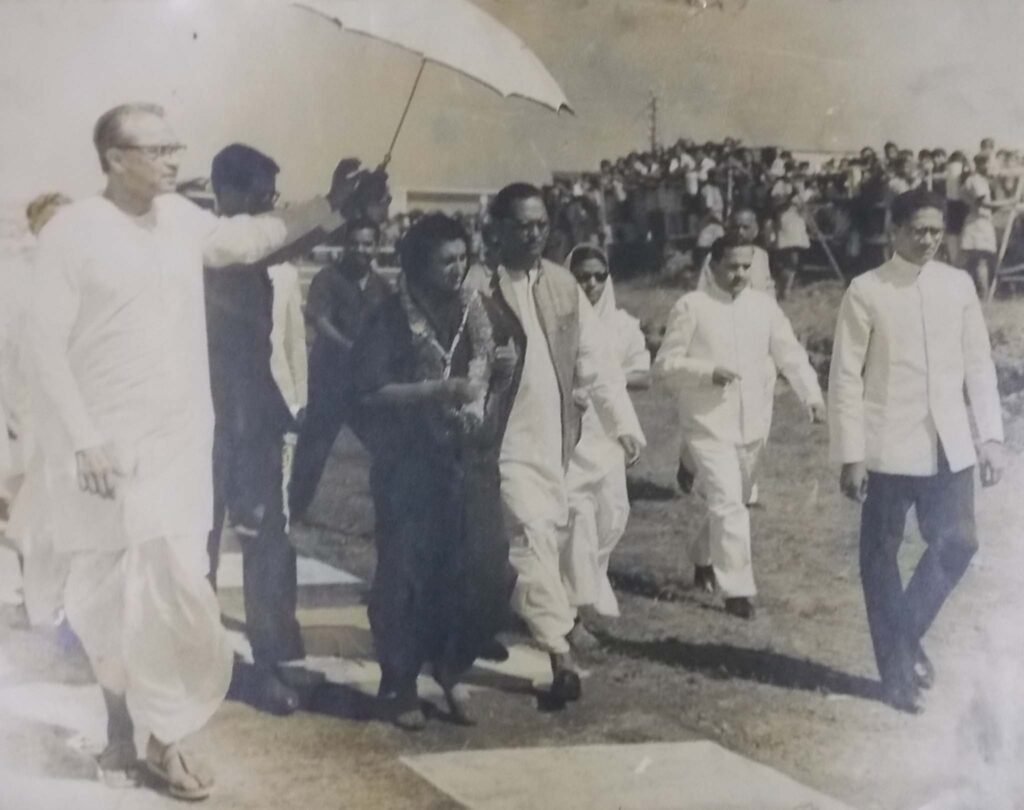 Smt. Indira Gandhi wielded enormous personal power after her victory in Bangladesh war in 1971. Her popularity rose sky- high. She was very ruthless in dealing with those in the opposition parties. It was well nigh impossible to check the growing authoritarianism of Smt. Gandhi then useless all democratic opposition parties wedded to the parliamentary form of representative government were welded together to form a national opposition to the ruling Congress party.

Once it so happened that some young men invited me and Biju Babu to their village in Cuttack district to address their club. We had a heart- to-heart talk there for the first time about the state of the nation existing then. Both of us agreed that the immediate formation of a national alternative of all opposition parties at the Centre would go a long way to save the country from the impending authoritarian rule of Smt. Indira Gandhi. Thanks to Biju Babu, he lost no time in getting the active cooperation of two former Chief Ministers (Sri Harekrushna Mahatab, Sri R.N. Singhdeo) in this regard. The net result of his efforts was the formation of Pragati Dal consisting of Swatantra Party (Sri R.N. Singhdeo), Utkal Congress (Sri Biju Patnaik) and the Samyukta Socialist Party (Sri Rabi Ray) formed in Orissa. The launching of Pragati Dal was bound to catch the imagination of the people in the State.

Biju Babu was an effective organiser par excellence. We both decided that serious efforts must be made to contact opposition leaders all over the country, so as to consolidate the democratic opposition parties as an alternative to the ruling Congress party at the Center. As a first step towards this consolidation, I invented Biju Babu to an All India training camp of a prominent leader of Samyukta Socialist Party which took place at Jhargram in West Bengal. Prominent among the Socialist leaders who attended this camp were the former Chief Minister of Bihar Sri Karpuri Thakur, Sri Rajnarayan and an eminent leader of tribals Sri Mama Baleshwar Dayal. Biju Babu developed an instant rapport with all of them. His successful meeting with the socialist leaders at Jhargram enabled him to rush immediately to Calcutta to meet Loknayak Jayaprakash Narayan to consult him and to get his blessings in this regard. Jayaprakash Ji did encourage him to proceed.

Biju Babu contributed his mite to form Lok Dal under the chairmanship of Chaudhary Charan Singh when four other political parties such as Utkal Congress, Swatantra Party, Samyukta Socialist Party and Bharatiya Lok Dal decided to merge together. Chaudhary Charan Singh and Biju Patnaik became President and Vice President of the Lok Dal respectively. Rajnarayan, myself, Sri Rajendra Narayan Singhdeo and Sri Piloo Mody among others were members of the national executive of the Lok Dal.

I was selected by Pragati Dal as a candidate to the Rajya Sabha from Orissa and won the election with an overwhelming majority. I also became the leader of the Lok Dal Parliamentary Party in the Rajya Sabha.

Smt. Gandhi could not tolerate the emergence of a national alternative, which was possible due to the combined efforts of Biju Patnaik and Charan Singh. She was so vindictive towards Biju Babu that she sent Income Tax Department officials to raid Biju Patnaik’s residence (11, Aurangzeb Road, New Delhi). The officers of the Income Tax Department returned empty handed. I raised this issue in Rajya Sabha and as a result the government cut a very sorry figure in the Upper House of Parliament. It was personally a great humiliation for Smt. Gandhi

Biju Babu’s residence in New Delhi became the nerve-centre of intense political activity, and opposition leaders were meeting frequently to discuss ways and means to form a national alternative. Both Biju Babu and myself became comrades-in-arms and left no stone unturned to build an All-India Opposition Party based on the twin concepts of egalitarianism and secularism. 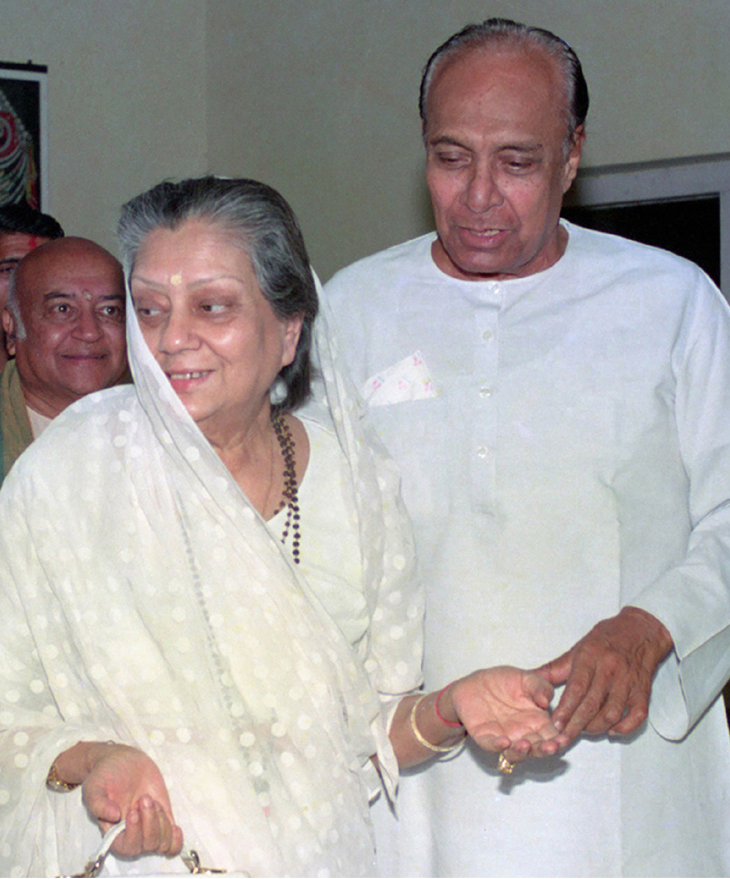 There was a sudden qualitative change in the political scenario of the country when Justice J.M.L. Sinha, the Honourable Judge of Allahabad High Court, declared the election of Smt. Gandhi null and void. The Socialist leader Sri Rajnarayan emerged as the hero in the whole episode as it is he who filed the election petition against Indira Gandhi in the Allahabad High Court judgment. She got a stay from the Supreme Court against the judgment and continued in power. She declared emergency and got Loknayak Jayaprakash Narayan arrested the day he was to address a protest meeting in Delhi. A functioning democracy was immediately converted to a dictatorial regime. The country was plunged into darkness.

Both of us, Biju Babu and myself, were lodged in Haryana Jails- he was in Rohtak Jail and I in Ambala jail. He wrote a letter from Rohtak Jail to Charan Singh, President of Lok Dal. Some excerpts from the letter are as follows:

“I hope you are well. Irrespective of our incarceration, I have to admit that as a by-product things are looking up for the country. The major gain is a sense of discipline, which you and I hold vital for our national growth. The 2-point programme as an outline of socio-economic change is something we all want but is so difficult to implement as it covers the mental make-up of an entire people steeped in feudal prejudices which has to be broken with fanatical zeal. Rigid population control is the single factor, which would determine whether the graphs of investment and productivity could meet at a point of affluence, within a measurable period of time.

All these cannot even be dreamt of unless democratic freedom can be balanced with clear responsibilities.  I am of the view that the Central government should be clothed with adequate powers in the statutes to regulate the planned growth of India .Without such powers planning cannot be meaningful.

The big question is whether the political apparatus (loose in the ruling party and looser in the opposition without total dedication), along with a self- serving bureaucracy is able to carry out even the basic outlines of the PM’s programme unless the entire cross-section of the people-government, the administration, the business, the youth, the peasant and the worker in the field, mines and factories – are totally achievement- oriented; otherwise the nation would drift and become poorer as the population grows.

Is it possible to stop political quibbling for some time to get on with the task of nation- building at the grass-roots level? We have to admit that the opposition, instead of growing and responsible, has gone somewhat in the reverse direction. I am beginning to feel that perhaps I would have done better by engaging myself in some specific task which would have added to the Nation’s assets however small, instead of breaking my head against the possibility of creating a truly great opposition party worthy of the nation.

Now that you are out, you would have a better view of the situation in the country. Could you please let me have your indications on what we should do, in the larger interest of the country?

I must say that I am enjoying young Sanjay’s exhortation to his party workers. Either get to work or get out, the days of promotion by slogans or garlands are over! How refreshing. I do hope he does well. If his age-group can function effectively there would be some hope for the country. Our time is so little and limited”.

It is a very significant letter that reflects the mental agony of Biju Patnaik while in Jail. He was released on parole and made a speech in Orissa Vidhan Sabha on similar lines as he expressed in course of his letter written to the President of Lok Dal, Charan Singh. His stout defense in praise of the emergency measures initiated by Indira Gandhi’s son Sanjay Gandhi came as a rude shock to his innumerable admirers all over the country. He got back his mental composure after he finally released from the jail.

Indira Gandhi had to order election 1977. Rajnarayan in Amethi  in U.P. defeated her by a margin of 38,000 votes. Our efforts to build a real national alternative to the Congress at the Centre bore fruit when Morarji Bhai Desai became the Prime Minister of Janata Party government in 1977. Biju Babu was included in the same sometime later. Orissa for first time had two Cabinet Ministers in the Central Cabinet under the dispension of a non-Congress government at the Centre. We both continued as Cabinet ministers in Charan Singh’s Cabinet also. 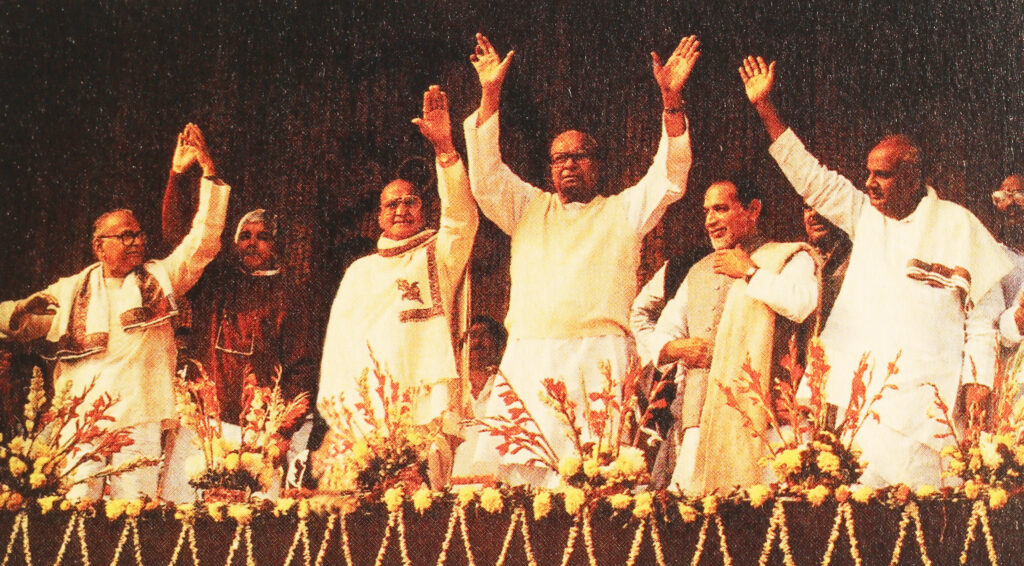 It is a tribute to the tireless efforts of Biju Babu and others of his ilk that the Janata Party was formed after the leaders came out from the jail in 1977. The struggle for democracy under the leadership of Loknayak Jayaprakash Narayan during the dark days of 1975-77 has aptly been called as the “second freedom movement”. All those who are anxious to forge a third front as opposed to the policies of both the Congress and BJP in the present political scenario of our country are bound to take a cue from the Janata experiment in 1977 of which Biju Babu was one of the architects.

He was a great Indian and a prodigious Oriya too. He dedicated his life to build a great egalitarian and democratic India. His life was a saga of sacrifice and adventure. Julian Huxley, the great zoologist of international fame and the brother of eminent world philosopher Alduous Huxley, speaking about Biju Patnaik, has rightly said;

“A memorable Indian whose adventures will surely fill a book”.