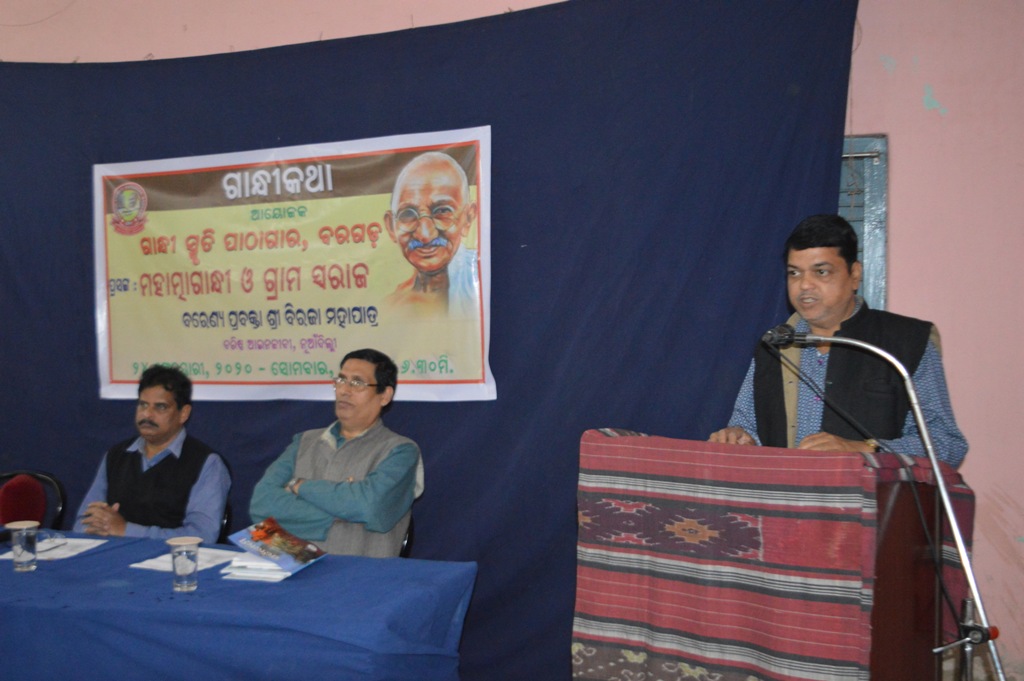 A seminar on ‘Mahatma Gandhi and Gram Swaraj’ was organised by Gandhi SmrutiPathagar at Agragami Hall, Bargarh on Monday. Senior Delhi based advocate Biraja Mahapatra was the Chief Speaker on the occasion.

The chief speaker said that our nation’s overall development is possible only when Gandhi’s ‘Gram Swaraj’ is adopted. If the people living in villages are empowered, then, the state can become powerful. India’s development cannot take place if villages are allowed to perish. Swaraj means a system where the state machinery is virtually nil. The speaker also highlighted the other important principles of Gandhi like the Theory of Trusteeship, Truth, and Non-violence in his speech.

Vice President of Gandhi Smruti Pathagar, Pradeep Hota, presided over the seminar. Before the discussion, the secretary of the organisation, ManoranjanSahu, delivered the welcome speech and a senior member of the organisation, Jaya Prakash Satapathy, introduced the chief speaker to the audience. The President of Gandhi Smruti Pathagar, Arun Mohanty, felicitated the chief speaker. The seminar was attended by many scholars and educationists. Other senior members of the organisation were also present on the occasion.