Famous historian of the nationalist phase, an organiser and Headmaster of Satyabadi School as well as an associate of Gopabandhu Das, NIlakantha Das, AcharyaHarihara and Godavarish Mishra Pandit Krupasindhu Mishra was born at BiraHarekrishnapur in Puri district in 1887 and died on 12thFenruary of 1926(though in UtkalaDipika the date of his death was wrongly stated as February 13. He represented a remarkable phase of historiography which though nationalistic in tone and temper was also responsible for changing colonial perception of Odisha history. He got his education from Ravenshaw Collegiate School and Ravenshaw College with Philosophy as his Hons. Then he passed MA in Philosophy from Calcutta(Kolkata) University in 1914. He was at first an Assistant teacher in Satyavadischool and in 1919 he was the Headmaster of that school till 1926. 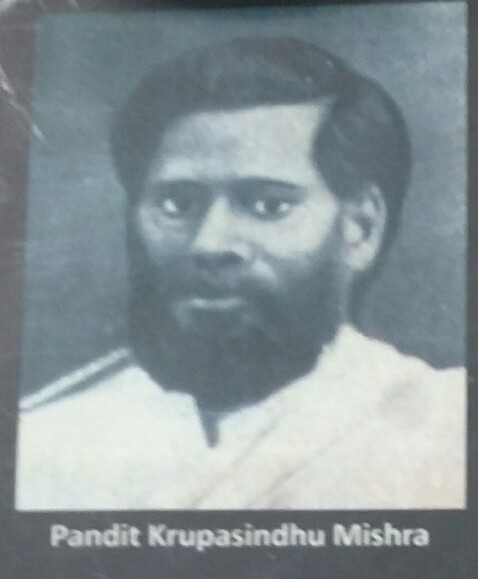 From his student phase, he had great appreciation for historical researches and his first article entitled PrachyaBhukhandaraAbhyutthana(Revival of the East) which appeared in UtkalaSahitya(12/6, 1909) was at first presented in a session of the Central Youngmen Association of Gopabandhu Das. While a student in Calcutta University he had a large number of publications in Odia which were on history and philosophy. He had appreciated the historical contributions of Romesh Chandra Dutt and even had serialized his life and times in the well known Odia monthly Mukura edited by Brajasundar Das from Cuttack. His insightful and critical essay entitled Kabita(Poetry) was also read in a session of the Central Youngmen`s Association and was also published in Mukura(5/7 and 8). His more interesting article on Barabati was also serialized in Mukura in 1914 which was a masterpiece of Odisha history and culture.

Barabati was also published in the form of a book in 1917 and was highly appreciated by Fakir Mohan Senapati. His monumental works like Konarka and UtkalaItihasa constitute significant contributions to Indian historical studies in vernacular language. By 1917 Krupasindhu was associated with historical debates in UtkalaSahityaSamaj  where he presented many interesting historical essays like his study on the port of Chelitalo. He was also an important member of the Historical Investigation Society(ItihasaAnusandhanaSamity) of the UtkalaSahityaSamaj Cuttack which was active under the chairmanship of Jogesh Chandra Roy Vidyanidhi and was responsible for highlighting several historical sources and exploring archaeological sites.

This organisation was active for more than two years  andKrupasindhu had huge collections on Puri district as a member of it. The other members of this association were SadasivaKavyakantha, BiswanathRath, Jagabandhu Singh, TariniCharanRath, BalunkeswarMishra,Rudra Narayan Sarangi, ChintamaniAcharya, Fakir CharanSahani, Gopal Chandra Praharaj, Madhusudan Dash, MrutyunjayaRath and PanditArttatrana Mishra. His Konarka was an outstanding contribution to Odisha history and culture. 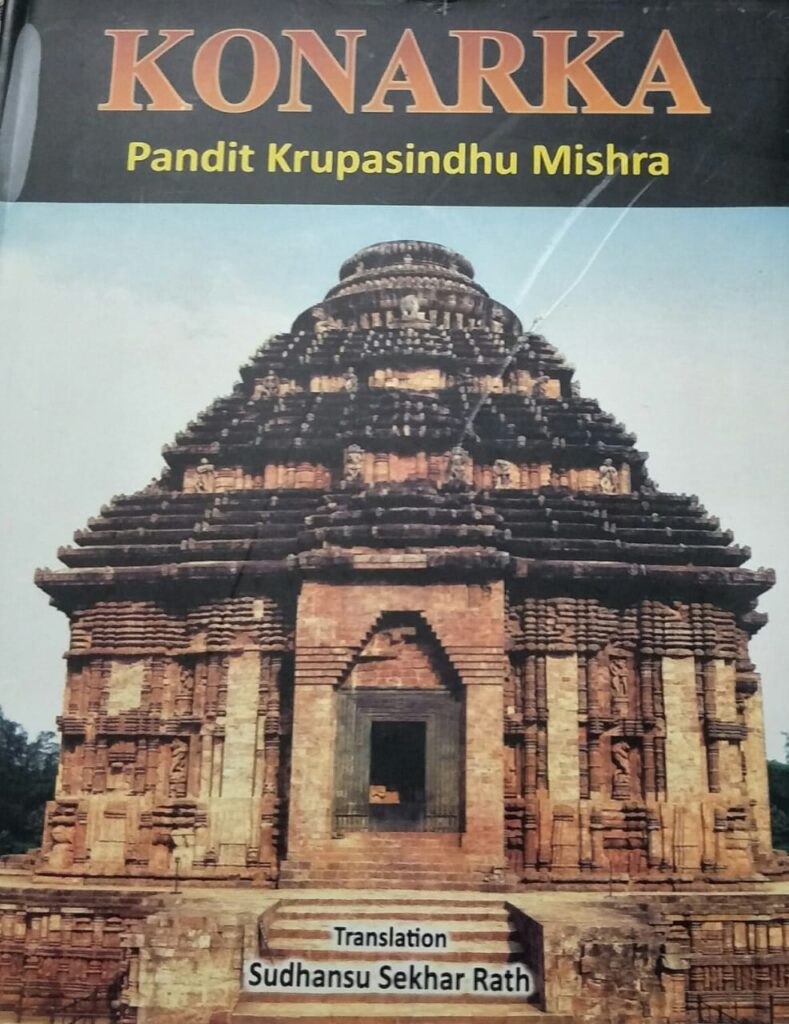 This could be possible for his long endeavour in this project of the UtkalaSahityaSamaj. His most famous historical essay which appeared in Mukura was his article on Rajabhakti which was a critical evaluation of Aabaahana of SatchidanandaTribhuvana Deb of Bamanda. Aabaahana was a long poem which was written as a present to the Royal Representative visiting Odisha and it displays several historical sites and royal families. At the same time this historical poemon  Odia cultural identity  was well appreciated by Krupasindhu. His interesting essays in Satyavadi also articulated his deep knowledge on Odisha History and Culture.

In 1921 he was the Assistant editor in Samaj when AcharyaHarihara was the editor in the absence of Gopabandhu Das. In those days Krupasindhu wrote editorial remarks in Samaj. Mahatma Gandhi during his visit to Odisha was impressed with the activities of Krupasindhu in Satyavadischool. His Young India was all praises for him. The History of England of Krupasindhuwritten in 1920 was published by SatyavadiChhatraBhandar and was printed in Katyayini Press by JagjibanGhosh of Kolkata. It was designed for a textbook of the students but the venture was unsuccessful. Krupasindhu devoted from 1916 to 1925 for a comprehensive history of Odisha after going through the works of JadunathSarkar and many other colonial historians like A.Stirling and Hunter. If published it would have 1372 pages but only a short narrative was published containing 343 pages by Cuttack Trading Company.

This was due to his suffering from illness. The book appeared in this truncated form after his death. The Samaj of 29th October 1927 had a brilliant review on this magnificent UtkalaIthasa. We have an interesting account on Krupasindhu in the pioneering work of Chintamani Das. AitihasikaKrupasindhu written by Chintamani Das is still a biography worth reading on Krupasindhu Mishra. His constructive activities in Satyavadi were covered well in UtkalaDipika in 1923-25.Recently Krupasindhu came to focus more by the translation into English of Konarka by his own relation SudhansuSekharRath, an MBA from California State University. The translation of Konarka with huge photographs has been published by Lark Books Bhubaneswar in 2015.

For all his historical essays and books on Odisha history and culture as well as his contributions for the development of Satyavadi school in the nationalist phase PanditKrupasindhu Mishra needs a thorough study by the historians. Therefore in his death anniversary on 12th February 2020 we offer rich tribute in his glorious memory.