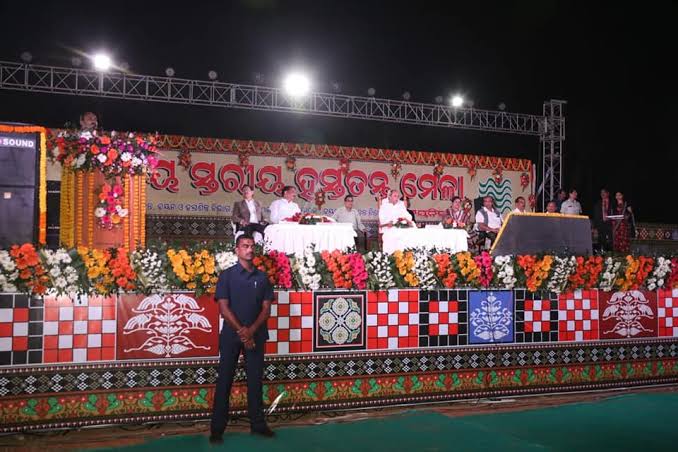 Significant increase in footfalls on Tassar Day celebrations at the National level Handloom Expo underway here since January 26 is an encouraging sight and a fulfilling experience for the organizers as well, said Director of Textiles and Handloom Jyoti Prakash Das. This Expo organized by Handlooms, Textiles & Handicrafts Department at IDCO Exhibition Ground will continue up to February 23.

Every day Expo is dedicated to celebration based themes like Tassar Day, Bomkai Day, etc. Tassar Day celebrated on 27th January was something very special to Odisha.

India has the unique distinction of being the only country in the world which produces all varieties of Silk – Mulberry, Tassar, Eri, and Muga. Tassar Silk (Kosa in Sanskrit) is one of the most exquisite yarns of Odisha. The yarn is obtained from silkworms found mostly in wild forests that do not breed on mulberry trees but on local trees like Sal, Asan, and Arjun. For this reason, it is also known as “Wild Silk”. Tassar culture is wildly practiced by tribal of Odisha.

Tassar is highly valued for its natural dull Gold colors, which make them a great choice for Indian weddings. One of its biggest advantages is its property to refract two different shades from different angles. This unique feature makes the wearer of tassar silk stand out easily in a crowd, as every movement is beautifully highlighted in a merry dance of colors. Women of all age groups love the fabric, and today it finds a place in the wardrobes of young females in the form of contemporary and stylish designs. 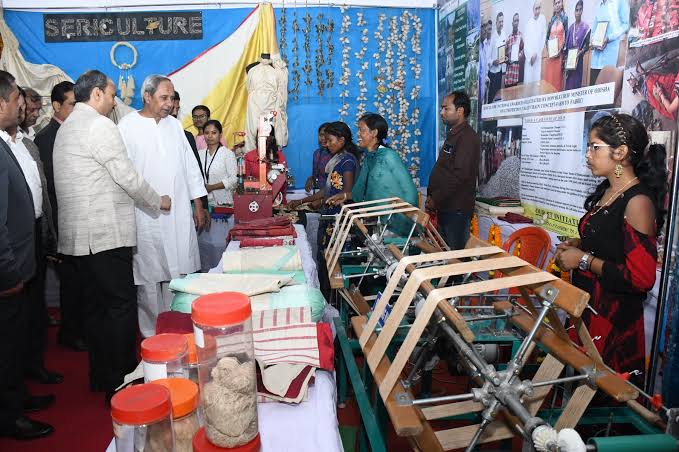 Odisha being one of the major tassar producing states in the country has got the rich tradition of weaving tassar fabrics of better texture and luster in comparison to tassar product of other states.

Tassar sarees have a special place in domestic life and normally used during various pujas (festive occasions). The sarees are designed both on tie-dye and also in extra warp and weft designs. Gopalpur in Jajpur district, Makidia in Balasore district, Fakirpur in Keonjhar district and Dihirakul in Mayurbhanj district are the main weaving areas of tassar in the North-East part of the state.