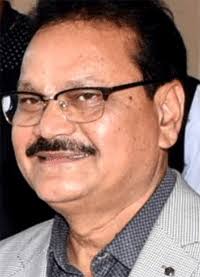 Senior Odisha Information Service (OIS) officer Niranjan Sethi has been promoted as Director (Technical) of the Department of Information and Public Relations (I&PR).

Sethi has worked in various places and posts including PRO to Chief Minister, PRO to Governor in his career spanning over 30 years. He has several field assignments, which he handled with all sincerity and dedication. He has handled almost all branches and shown his efficiency in promoting the image of the State Government.

Well known as an efficient media management officer, Sethi is expected to take up new assignment on the lines of 5T. Meanwhile, Barada Prasanna Das, senior OIS officer, has been promoted to Joint Director’s rank.

He was serving as Deputy Director-cum-Deputy Secretary in the Department of I&PR. He has been serving in the I&PR Department since last 35 years with all sincerity and devotion. As PRO with several Ministers, Das has proved his mettle. He is also known as a writer and erudite speaker. Both the senior officials were welcomed by their colleagues and others on their well-deserved promotion.