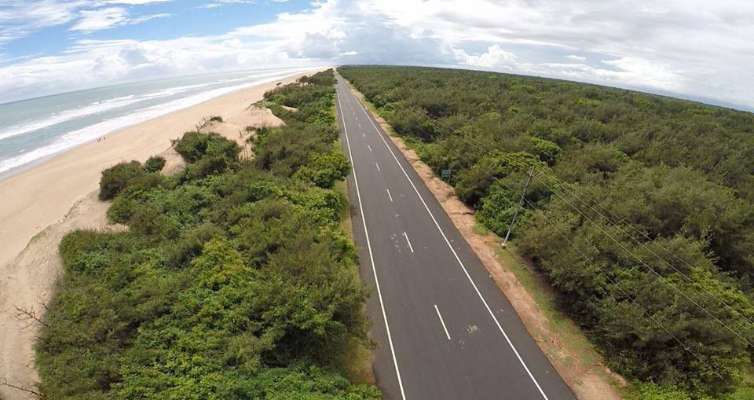 Almost four years after its approval by the Centre, the Odisha government has finally given green signal to the Rs 7,500 crore Coastal Highway project in the state, official sources said.
The project got the government’s approval at a recent meeting chaired by chief secretary A K Tripathy here.The coastal highway project, announced by Union Road Transport and Highways Minister Nitin Gadkari in April 2015, spreads over 415 kilometer from Gopalpur in Odisha till Digha of West Bengal.The project was cleared by the state government after it agreed to the the original alignment of Satapada-Digha stretch via Puri-Konark-Astarang-Ratanpur-Dhamara-Basudevpur-Chandipur.

The state government also informed the National Highway Authorities of India (NHAI) to proceed for obtaining necessary clearances for the project.

The project earlier could not proceed as the state government raised objections on the alignment presented by the NHAI. This apart, the Ministry of Environment, Forest and Climate Change had made some observations on alignment passing through Chilika lake and other eco-sensitive areas following which the alignment was subsequently modified.

As per the proposal, a 451-km-long coastal highway will be built and named as 516-A. In the first phase, the 240-km stretch from Gopalpur to Ratanpur will be constructed at an estimated cost of Rs 2,196 crore, officials said.

However, sources said the state government will further review the alignment from Gopalpur to Chilika lake in another meeting and a decision will be taken later. The state government has assured all support to NHAI in the project.

Additional Secretary RK Acharya in a letter to the chief general manager of the NHAI has informed about the state’s green signal to the project. The letter also requested NHAI to immediately act on the matter, inform the project directors concerned and engage consultants accordingly.