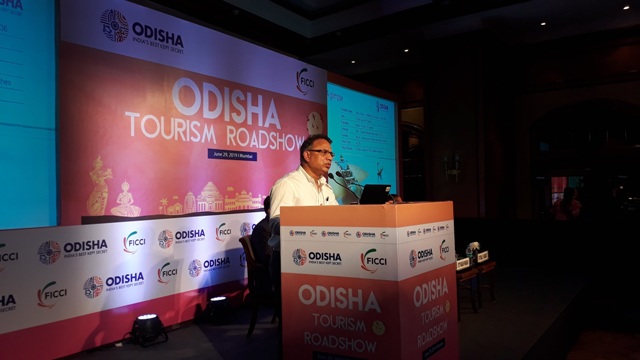 Odisha is optimistic about rising tourist inflow in near future and expects 2.4 crore footfall during 2020-21, State Tourism & Sport Secretary Vishal Kumar Dev has said. Speaking at a roadshow Odisha Tourism here on Tuesday, Dev said the footfall in 2018 was 1.5 crore and at present, the domestic foot print is 99 per cent. The Tourism Secretary said that Odisha at present is attracting over one crore domestic tourists from across the country and expects more such tourists in future.

He said the foreign tourist foot print will gain prominence as heavy niche tourism develops in sync with luxury hospitality.
Notably, Odisha Tourism has planned road shows in 11 cities and has already organized such events in Delhi, Mumbai, and Kochi. Road shows have been planned in cities like Kolkata, Guwahati, Benaras, Ahmadabad, Hyderabad, Bengaluru, Chennai and Raipur. 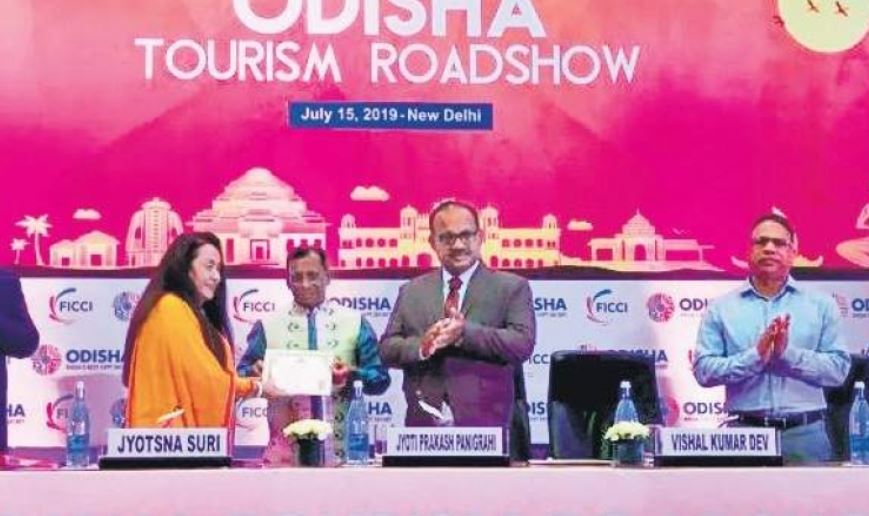 B2B meetings are organized during such events which have resulted in better marketing of Odisha products and encouraged major tour operators and large hospitality sector. Leading tour operator Benjamin Simon and Hospitality major Mayfair Hotels and Resorts Executive Director Souvagya Mohapatra have appreciated the B2B meetings. The tourism roadshows are being organized in partnership with FICCI.

Tour Operators from Kochi and Kerala have evinced interest in the State where a huge opportunity exists, said the officials.
According to these officials, many tour operators admitted that they were not aware of the tourism products available in States such as the country’s most pristine beaches, coastal and wetland tourism, ecotourism, wildlife tourism and ethnic tourism with 62 varieties of tribes in Odisha.

Director Tourism Nirmal Chandra Mishra also spoke on the occasion highlighting the sustained tourism promotion campaign and proactive stakeholder outreach. Odisha has prime tourist circuits such as the Buddhist circuit, Chilika circuit and ethnic circuit, which provide a lot of enjoyment for the tourists.