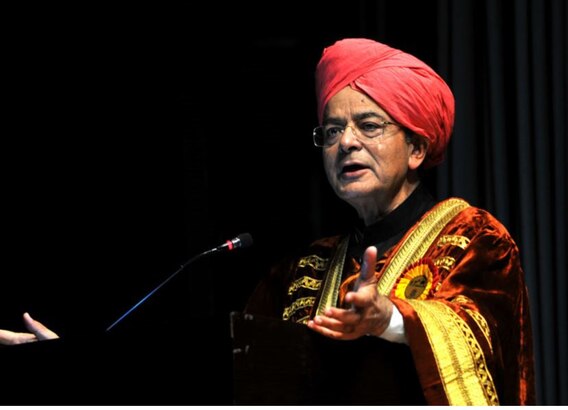 Arun Jaitley (28 December 1952 – 24 August 2019)  who died after a prolonged illness was the Minister of Finance and Corporate Affairs of the Government of India from 2014 to 2019. A member of the Bharatiya Janata Party, Jaitley previously held the cabinet portfolios of Finance, Defence, Corporate Affairs, Commerce and Industry, and Law and Justice in the Vajpayee government.  Jaitley decided not to join the Modi Cabinet in 2019 due to health issues. 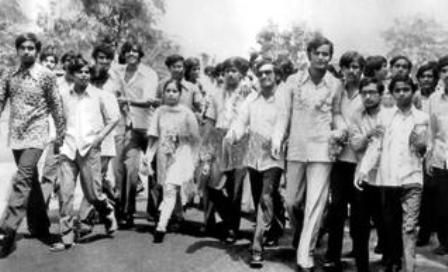 Jaitley’s father Maharaj Kishen Jaitley was a lawyer and mother Ratan Prabha Jaitley a housewife. He studied at St. Xavier’s School, Delhi and graduated with a honors degree in commerce from Shri Ram College of commerce. He got his LLB degree from the m University of Delhi.

Jaitley was an Akhil Bharatiya Vidyarthi Parishad leader at the Delhi University Campus in the7 seventies and rose to be the President of the Students Union of Delhi University. During the emergency, he was under preventive detention for a period of 19 months. He was a prominent leader of a movement against corruption launched in the year 1973 by Raj Narain and Jayaprakash Narayan. He was the Convenor of the National Committee for Students and Youth organization appointed by Jai Prakash Narayan. He was also active in the civil rights movement. 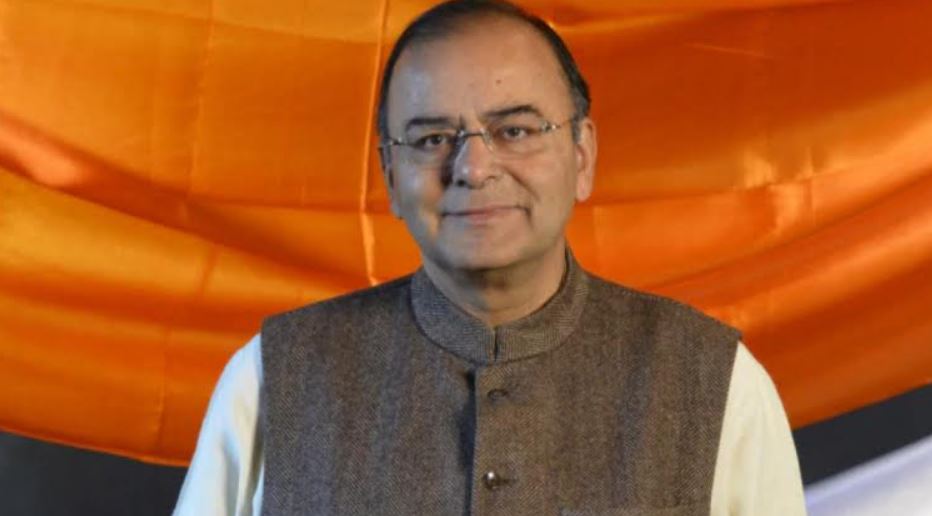 Jaitley had also appeared on behalf of giant multinational corporations such as PepsiCo against Coca-Cola and in various other cases in India. Given his political duties as Leader of the Opposition in the Rajya Sabha, Jaitley stopped practising law in June 2009. 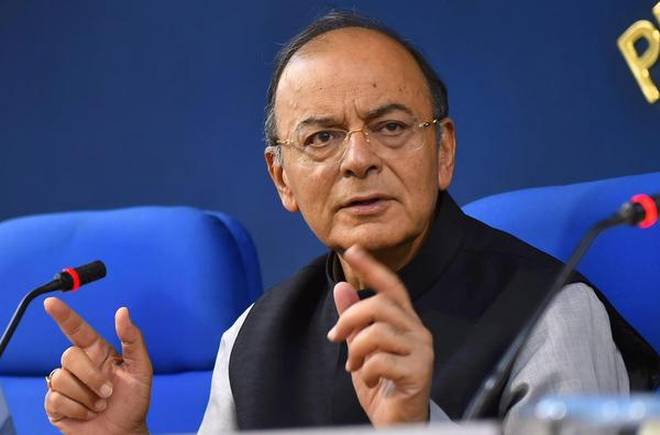 Jaitley had been a member of the national executive of Bharatiya Janata Party since 1991. He became the spokesperson of the BJP during the period preceding the 1999 general election.

In 1999, after the Vajpayee Government came to power, he was appointed Minister of State for Information and Broadcasting (Independent Charge). He was also appointed Minister of State for Disinvestment (Independent Charge), a new ministry created to give effect to the policy of disinvestments under the World Trade Organization regime. He took over the additional charge of the Ministry of Law, Justice and Company Affairs on 23 July 2000 following the resignation of Ram Jethmalani.

He was then made a General Secretary of the BJP and its national spokesman. He rejoined the Union Cabinet as the Minister of Commerce & Industry and Law & Justice on 29 January 2003. With the defeat of the National Democratic Alliance in May 2004, Jaitley returned to serving the BJP as a general secretary, and back to his legal career.

He was chosen as the Leader of the Opposition in the Rajya Sabha on 3 June 2009 by L.K. Advani. In his capacity as the leader of opposition in Rajya Sabha, he played a vital role during the talks of the Women Reservation Bill in the Rajya Sabha and also supported Anna Hazare for the Jan Lokpal Bill. He successfully introduced the eighty-fourth amendment to the Constitution of India in 2002 freezing parliamentary seats until 2026 and the ninety-first amendment to the Constitution of India in 2004 penalising defections.

However, despite being in the party since 1980 he never contested any direct election until 2014. He was the BJP candidate for the Amritsar seat in the Lok Sabha (replacing Navjot Singh Sidhu) for the 2014 general election, but lost to the Indian National Congress candidate Amarinder Singh. He was a Rajya Sabha member from Gujarat. He was re-elected to Rajya Sabha from Uttar Pradesh in March 2018. 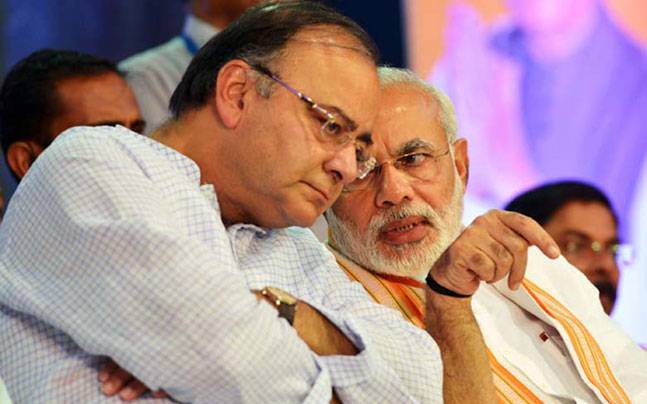 On 26 May 2014, Jaitley was selected by newly elected Prime Minister Narendra Modi to be the Minister of Finance,  Corporate Affairs and the Minister of Defence in his cabinet. During the 2015 Bihar Legislative Assembly election,  Jaitley agreed with Prime Minister Narendra Modi’s assertions that the idea of reservations on the basis of religion is fraught with danger and was against giving reservations to Muslim Dalits and Christian Dalits as it might impact demography. He also served as a member to the Board of Governors of Asian Development Bank.

During his tenure as the Finance Minister of India, the government demonetized the ₹500 and ₹1000 banknotes of the Mahatma Gandhi Series, with the stated intention of curbing corruption, black money, fake currency, and terrorism from 9 November 2016. Jaitley is largely credited with the GST rollout in the country. 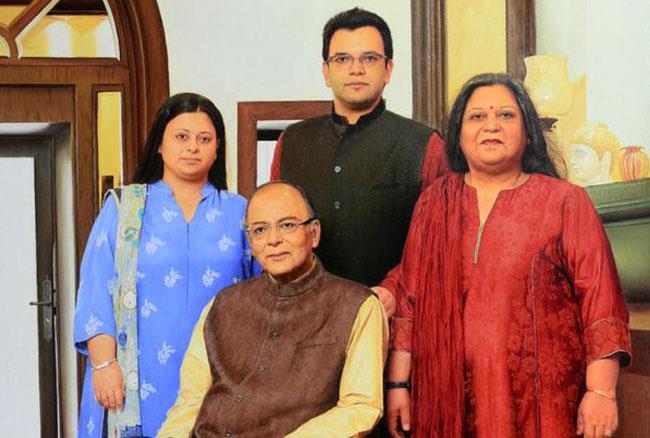 Arun Jaitley married Sangeeta, daughter of former Jammu and Kashmir finance minister Girdhari Lal Dogra, in 1982. They have two children, Rohan and Sonali. Both his children are lawyers.

In January 2019, Jaitley was diagnosed with a rare form of soft-tissue sarcoma and sought treatment in New York.